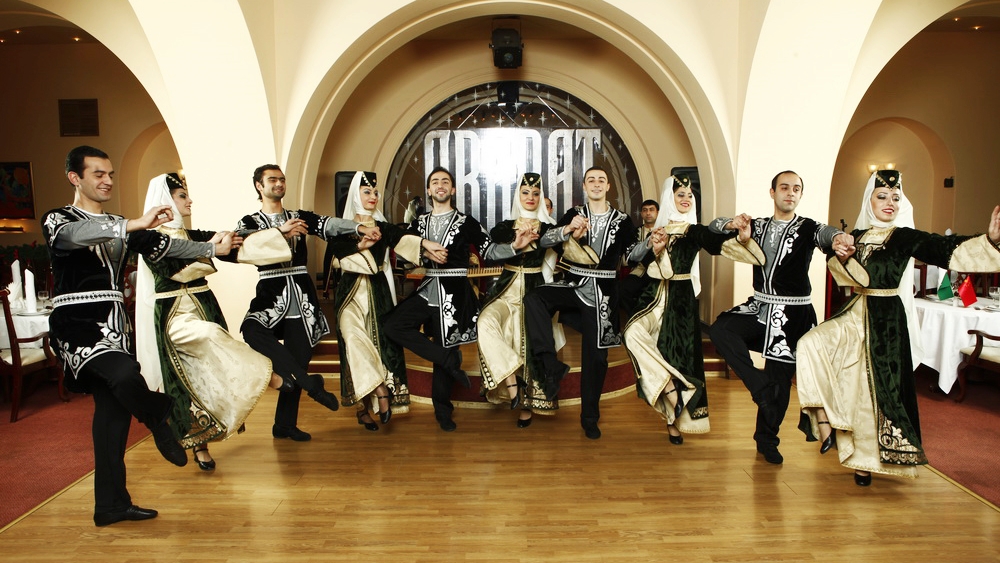 The Armenian National Show, located in Yerevan's Republic Square, is an entertaining mix between historical and modern Armenia together in one space. Performing three days a week, the show is divided into two parts: the first half is composed of various traditional folk-dance numbers accompanied by live music, while the second half follows up with a live entertainment performance by local pop artists.

During the show, guests will be introduced to traditional instruments of the Caucasus, including the Duduk and Qanon. The ticket for the show also includes a full-service meal of various Armenian dishes throughout the performance.

Tickets sell quickly to this show, so be sure to get them quickly before your next trip to Yerevan!