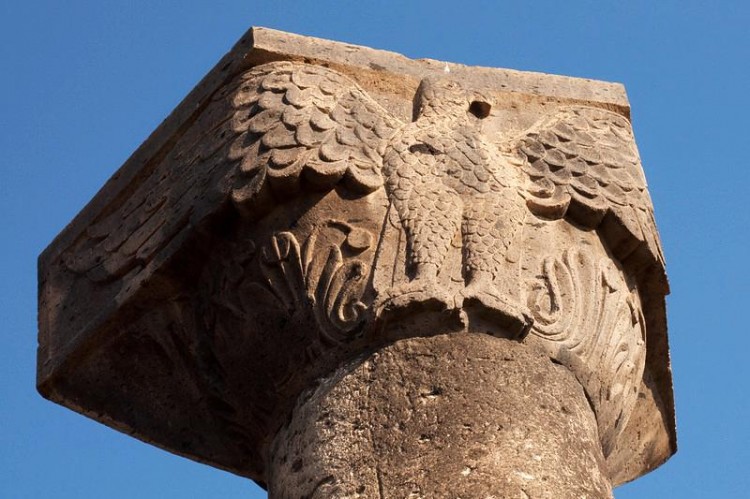 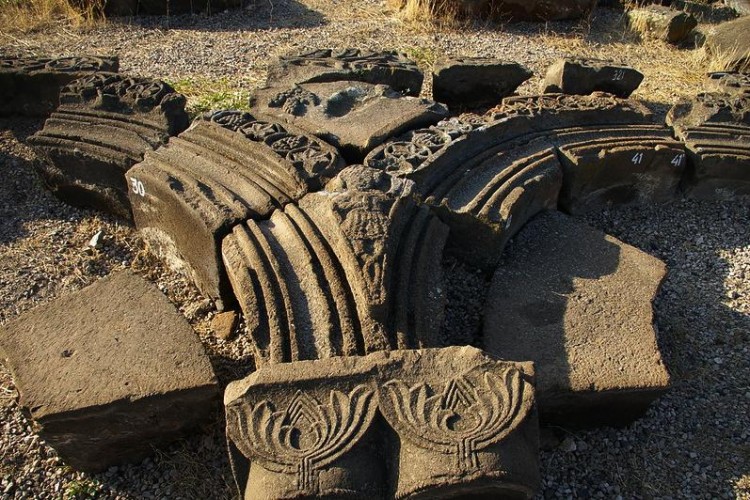 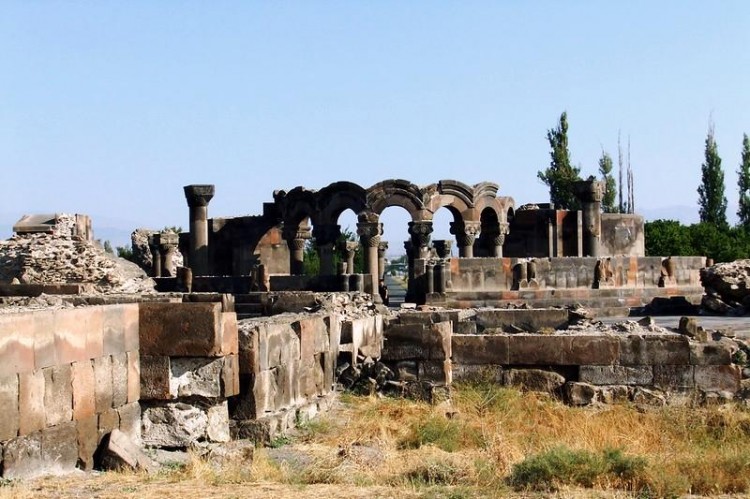 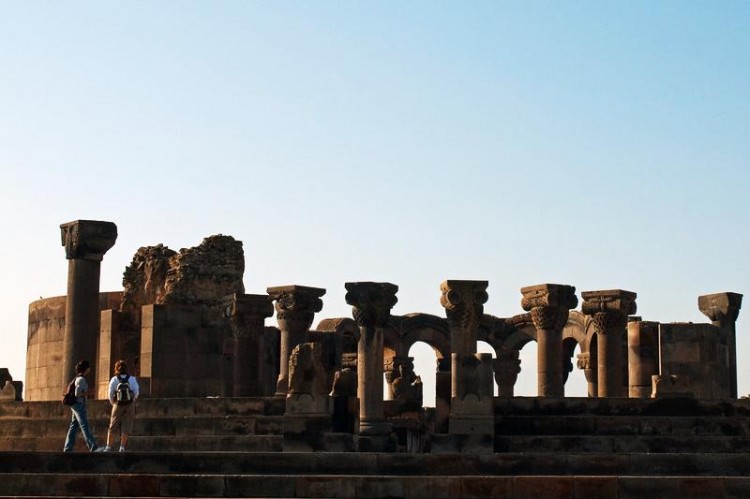 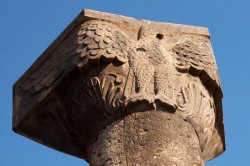 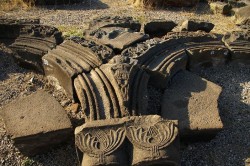 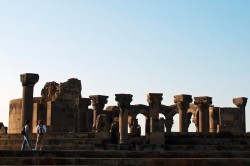 The archaeological site of Zvartnots Cathedral, a UNESCO World Heritage Site, is located just a few kilometers east of Echmiadzin. Zvartnots was built between 643 and 652 AD by Catholicos Nerses III (nicknamed “the builder”). It was a majestic cathedral dedicated to St. George, built at the site where King Tridates III and St. Gregory the Illuminator had a famous meeting.

In 930 AD, the cathedral was ruined by an earthquake and remained buried until its rediscovery in the early 20th century. The site was excavated between 1900 and 1907, uncovering the foundations of the cathedral, the remains of the Catholicos’ palace and a winery. The interior of the fresco-decorated Zvartnots Cathedral was shaped like a Greek cross, while the exterior was a 32-sided polygon that appeared circular from a distance. 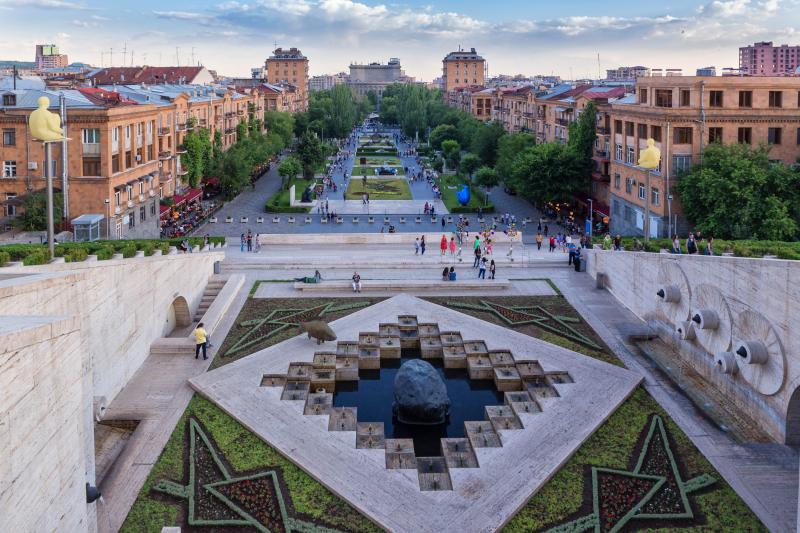