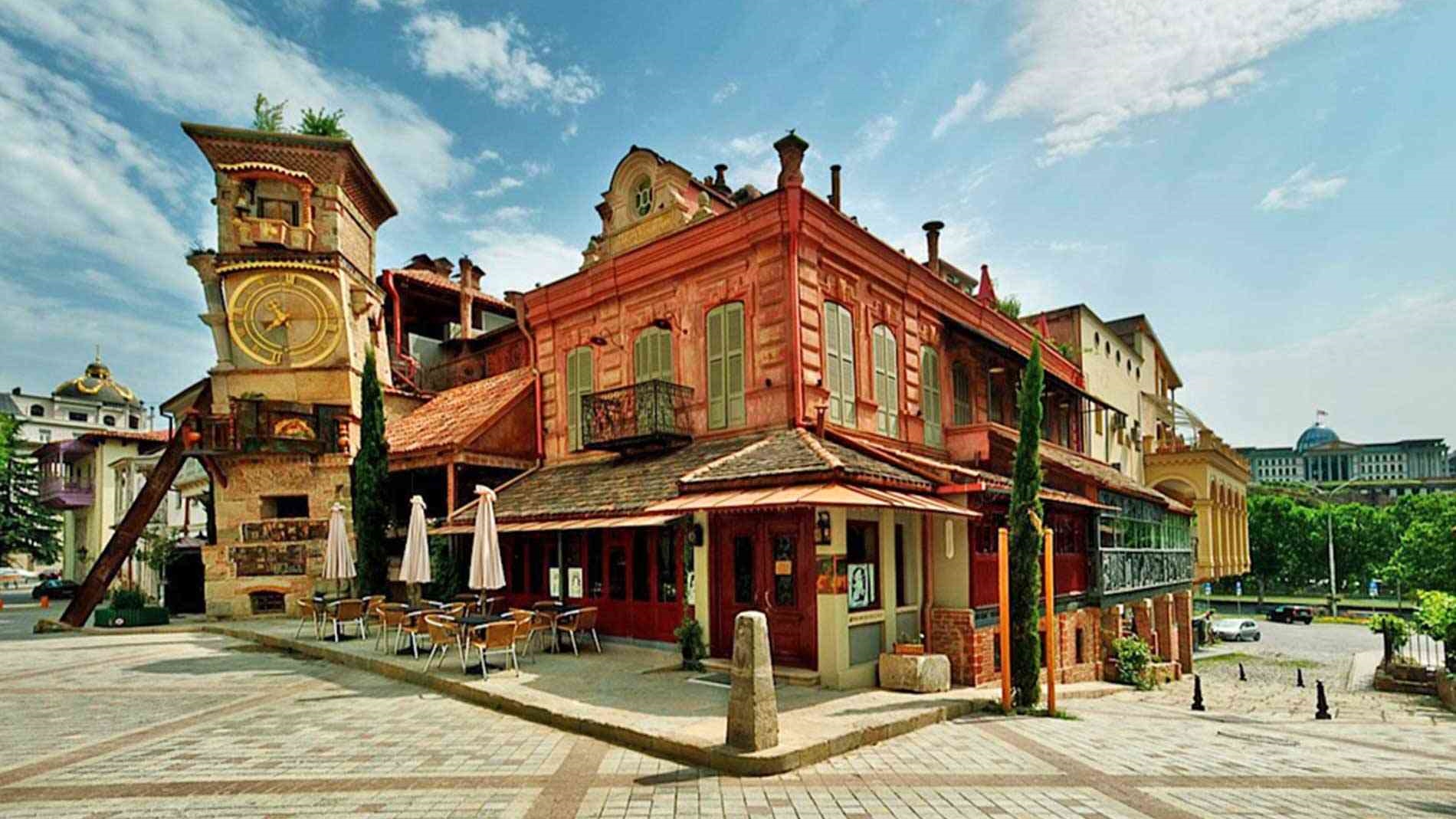 The Gabriadze theater, centrally located in the historic district of Old Tbilisi, sets itself apart from the other theater venues in Tbilisi. Among many of its attractions, the quaint and small theater is best known for its moving -- figuratively and literally -- marionette performances, with titles such as "The Autumn of My Spring" and "The Battle of Stalingrad." The theater also shows animations and other performances.

The theater has its own cafe, Cafe Gabriadze, which is a wonderfully intimate and elegant place to stop by for dinner before a performance or afterwards for a glass of wine. Outside the small theater and cafe complex stands a clocktower that was built by the theater's owner and designer, Rezo Gabriadze. He decorated it with thousands of handmade tiles, making it a popular architectural attraction in the city.

Rezo, however, not only opened the theater and cafe and built the outdoor clocktower, but wrote, produced, and directed all of the performances that run daily. He is an internationally-known writer, artist, and director who has created something truly unique for both locals and foreigners to experience.