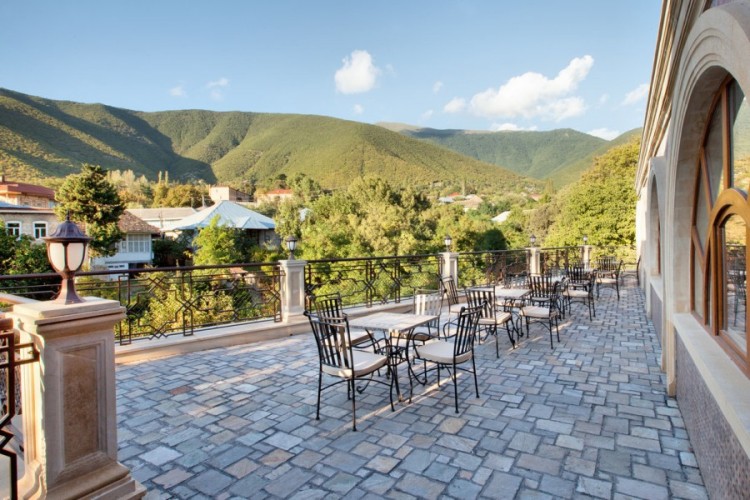 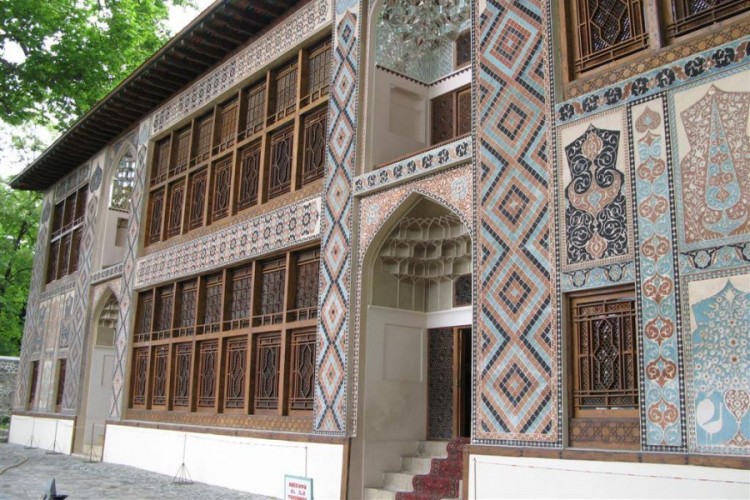 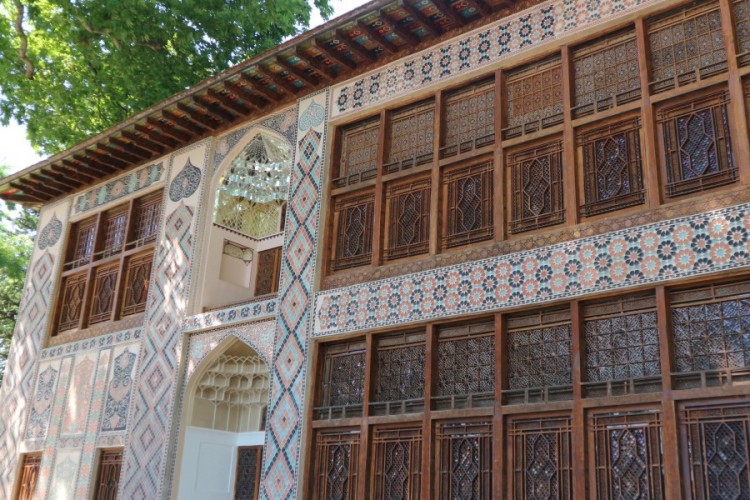 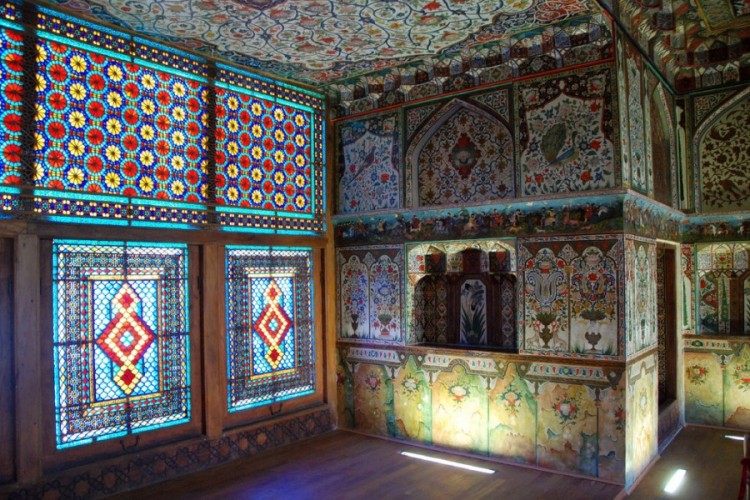 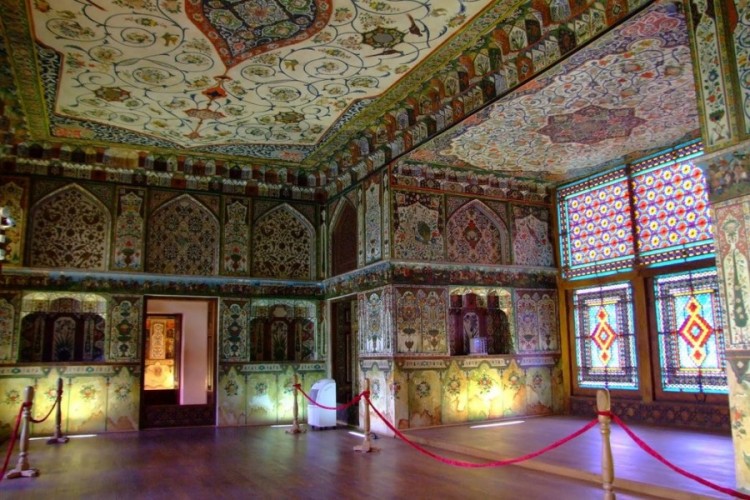 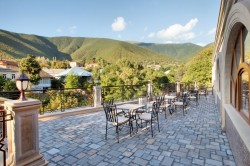 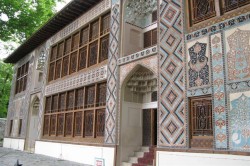 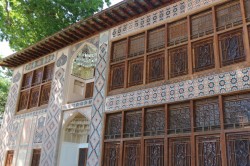 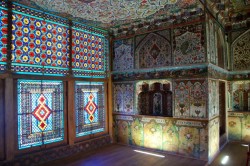 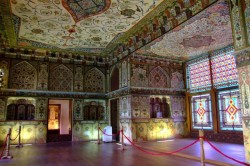 Sheki is located 380 km to the west of Baku close to Georgian border. Sheki is set in a picturesque mountain area rich in narrow gorges and green valleys, springs, purest rivers, waterfalls and mineral water springs framed by dense woods and alpine meadows. Not far from Sheki in one of the most beautiful and picturesque places of the country is the Markhal Resort.

Archeological data testify that the city can be considered one of the oldest settlements in the Caucasus; many finds on its territory are dated as old as 2,500 years.

The city can boast many historical and architectural places of interest, but its pride is the ancient majestic royal palace of Shekin khans erected in the 18 th century without a single nail with magnificent wall paintings and tracery windows in the stone citadel. Very attractive are Gemsen-Geresen fortress (8-9 th centuries), numerous caravanserais, house of Sheki Khans, Djuma Mosque (18th century), the Gileilin Mosque minaret (18th century), and medieval baths.

Sheki is a major center of crafts. Here you can buy jewels and engravings by local craftsmen. Sheki has its own theatre, a historical museum, the house-museum of the Azerbaijan writer and philosopher M. F. Ahundov.

Gileili Minaret is a monument of the 16th – 17th centuries. It used to be a part of Gileili Mosque very well known in the city. But unfortunately, the mosque disappeared. Only the minaret, protected by the state, reminds of its existence. Gileili Minaret (built from burnt brick) can be seen in Kyulek hlin makhal of the cit y. It is the first and the highest minaret in Zakataly – a Sheki district.

Babaratma – piri is a small mausoleum located near the city of Sheky. It is located on the territory of the old cemetery near the settlement of Taza-kent. This place is very esteemed by pilgrims. It is believed that it can cure of many illnesses. Near the mausoleum there is a small mosque.