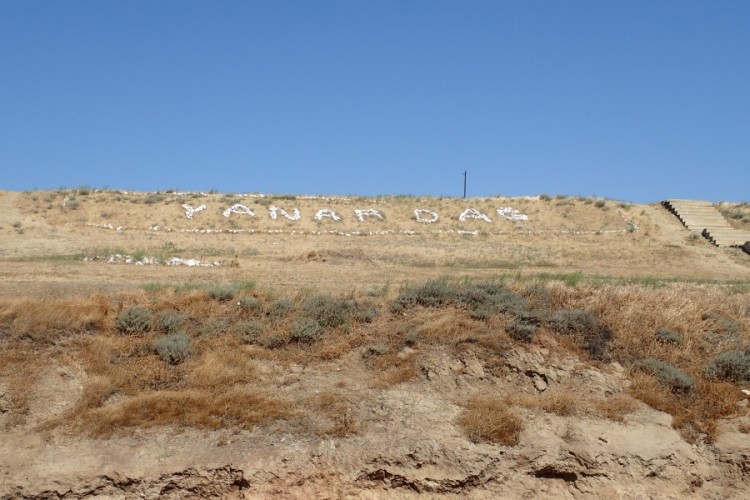 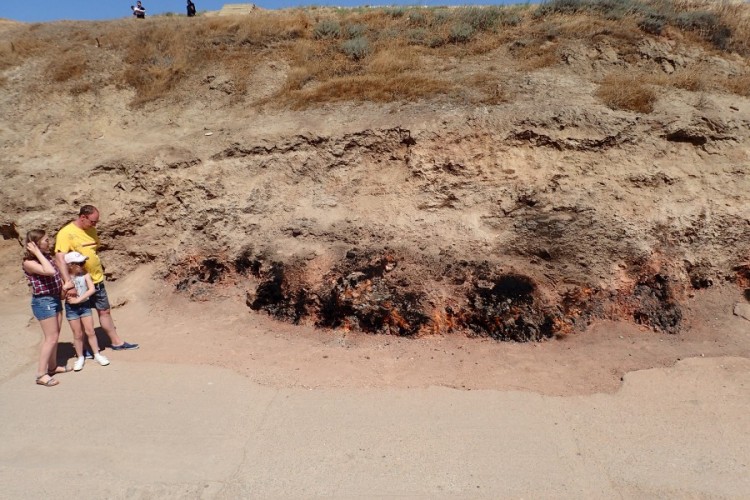 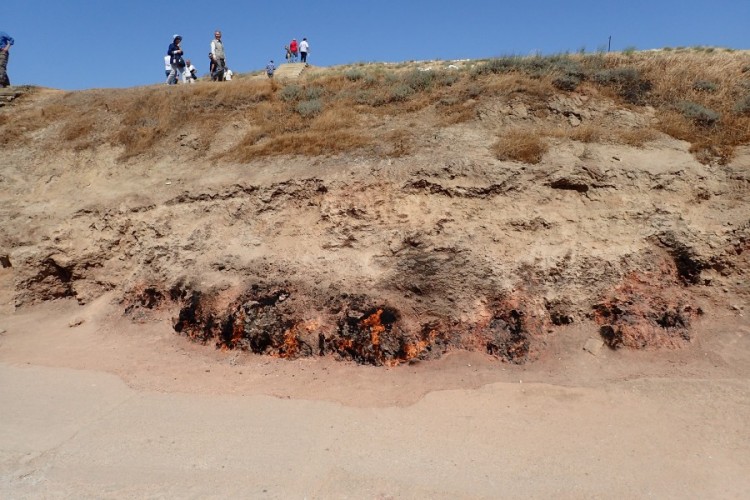 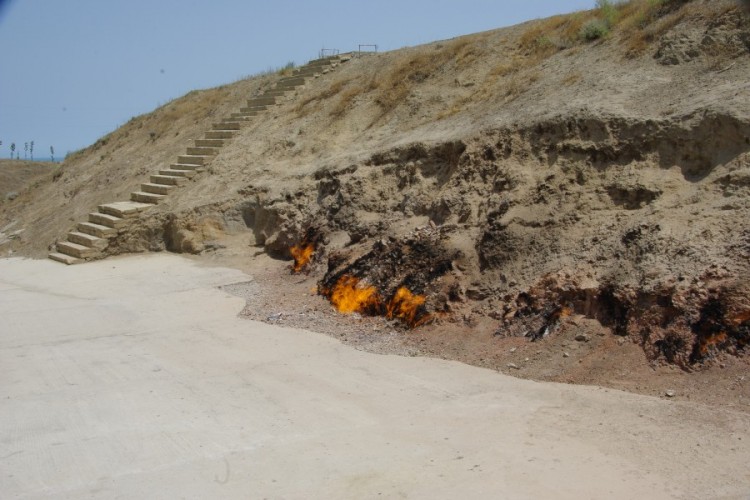 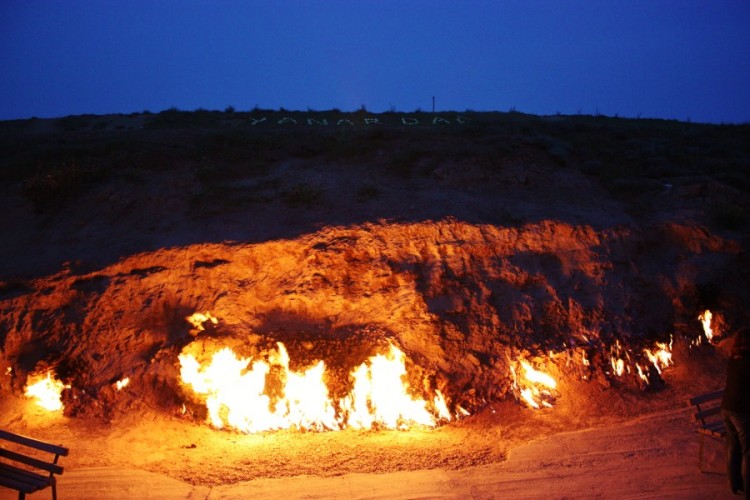 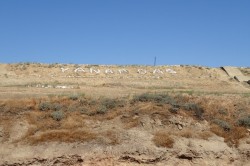 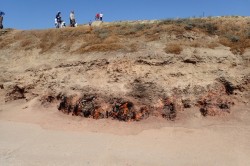 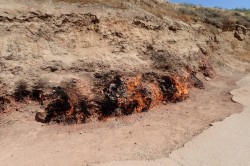 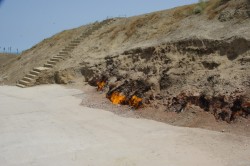 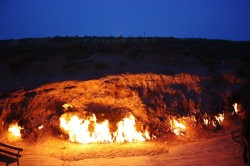 Azerbaijan is known as a Land of fire, gas and oil. Natural burning gas sometimes leak through the surf and burns eternally, for example Yanar Dag burns already 4000 years. Fires of Azerbaijan were already well-known in 13th century when Venetian traveler Marco Polo visited these areas and found this phenomenon. Azerbaijan burning areas were very sacral for Zoroastrians and lots of them were worshipping here. Another example of natural gas vent is Ateshgah temple, which is very famous tourist attraction too.

Yanar Dag is situated on the Abhseron Peninsula on the Caspian Sea. This amazing sight is located near Baku and is one of the favorite sights for the tourists, just imagine magic burning mountain, tourists take places on the nearby benches and enjoy this amazing, spectacular view, it is the most beautiful at night. Yanar Dag burns already 4 000 years, rain, snow or wind- nothing can stop it. Now when we know that this is naturally burning gas it’s still kind of miracle for us, but imagine people in old times, some of them thought it was light of god, someone was afraid of it and Zorostrians thought that when this fire dissaperas god funishes them, they were even leaving their homes in Azerbaijan because of it.

This place is must visit, for sure, it’s very close to the centre of Baku, so you can just take a short drive and see this amazing view.