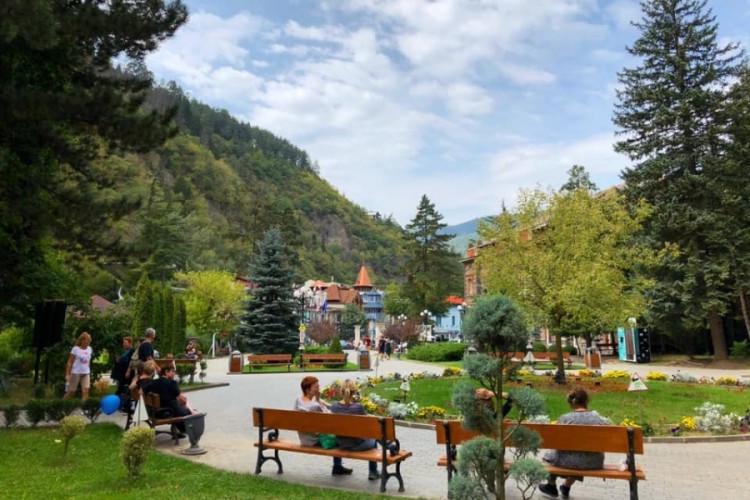 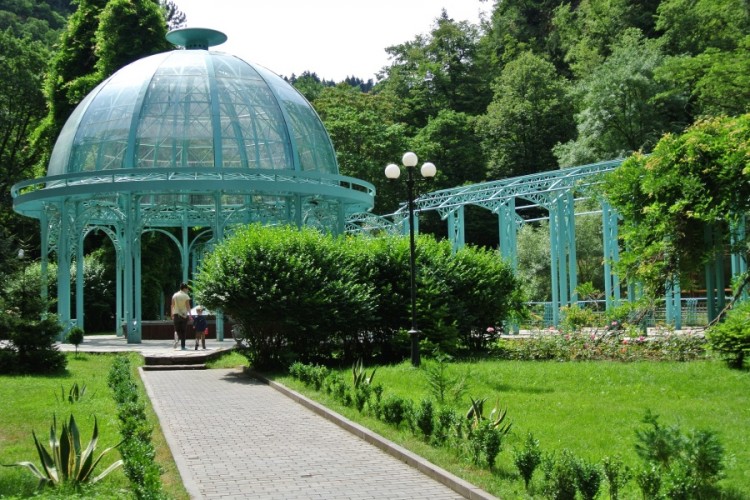 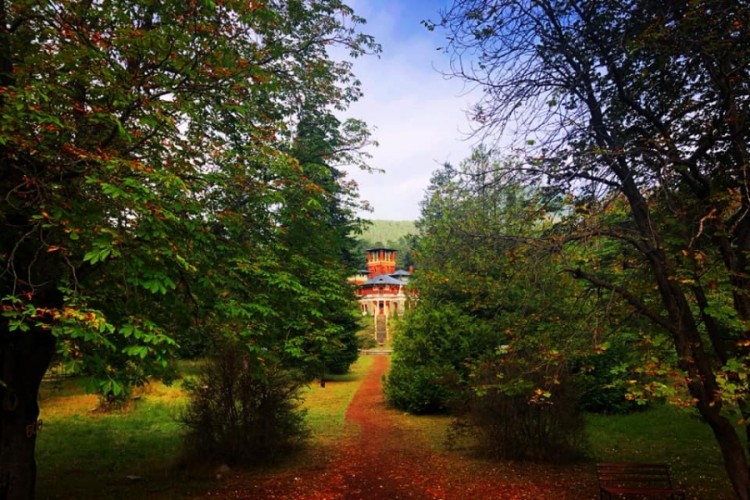 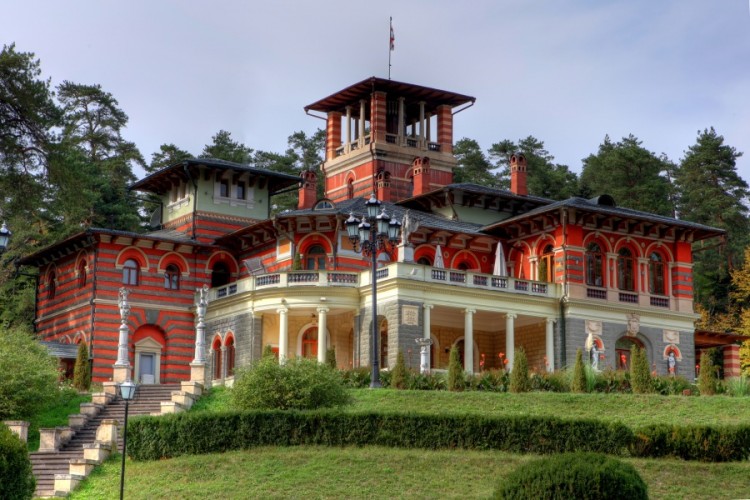 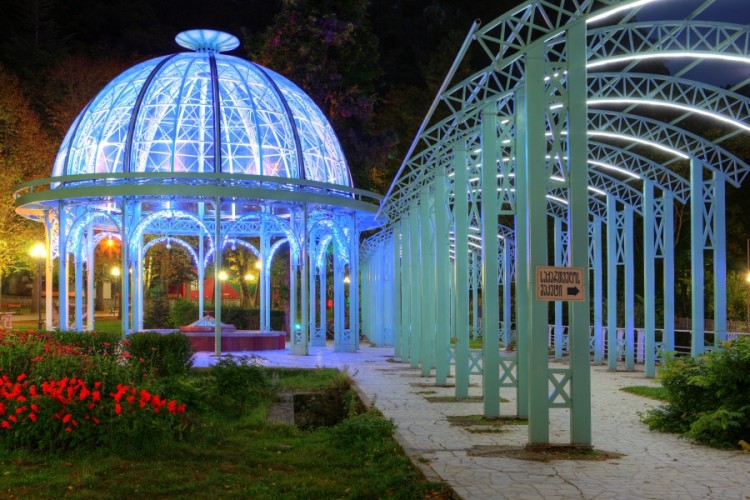 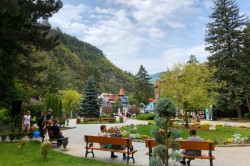 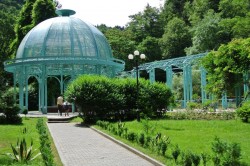 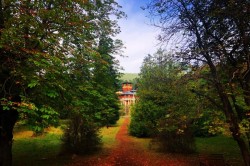 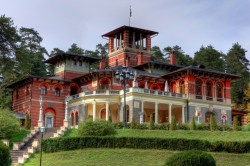 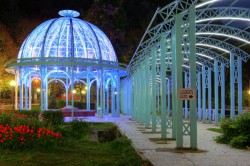 The resort town of Borjomi, Samtskhe-Javakheti region is located in the southeastern part of Georgia, in the Mtkvari river gorge.

At between 810-850 meters above sea level the town is one of the lower mountainous resorts in the region.

The town rests among a series if mountains that are covered with coniferous and deciduous forests.

The gorge wherein the city lies is protected and maintains a more stable climate and is protected from drastic shifts in temperature.

The town is situated in a stretch of a low-altitude forest of the subtropical zone and this is the reason for the particularities of its climate. For the most part, the weather is dry and the sky is blue.

Summer is warm in Borjomi, Samtskhe-Javakheti region, but the weather begins to turn cold near the end of October. The winter reasonably is mild, with occasional snowfalls between December and March.

Borjomi is well known for its mineral waters that have been revered for centuries for having positive healing effects on people with digestion disorders.

Archaeological excavations have revealed the existence of stone bathes in the area, proving that these mineral waters have been utilized by people for thousands of years. 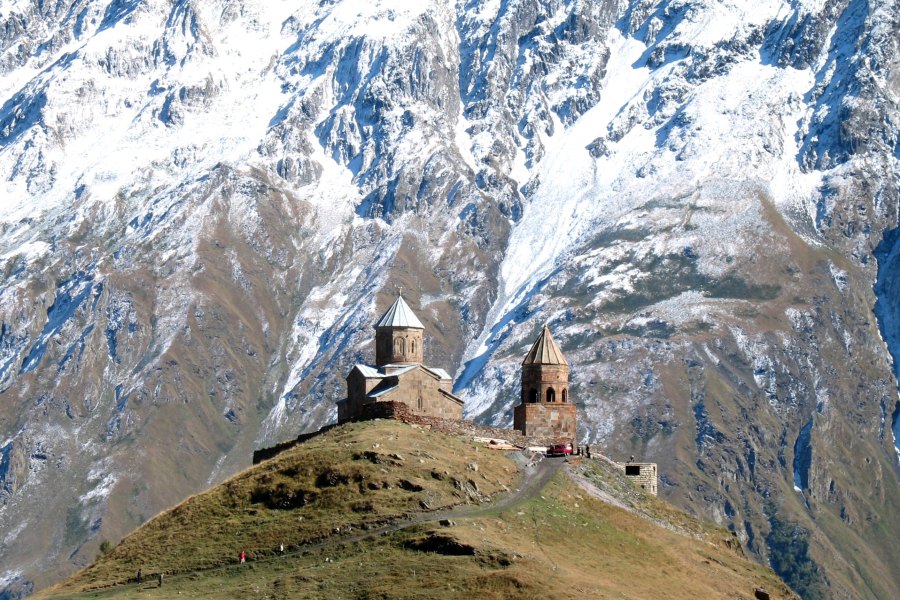 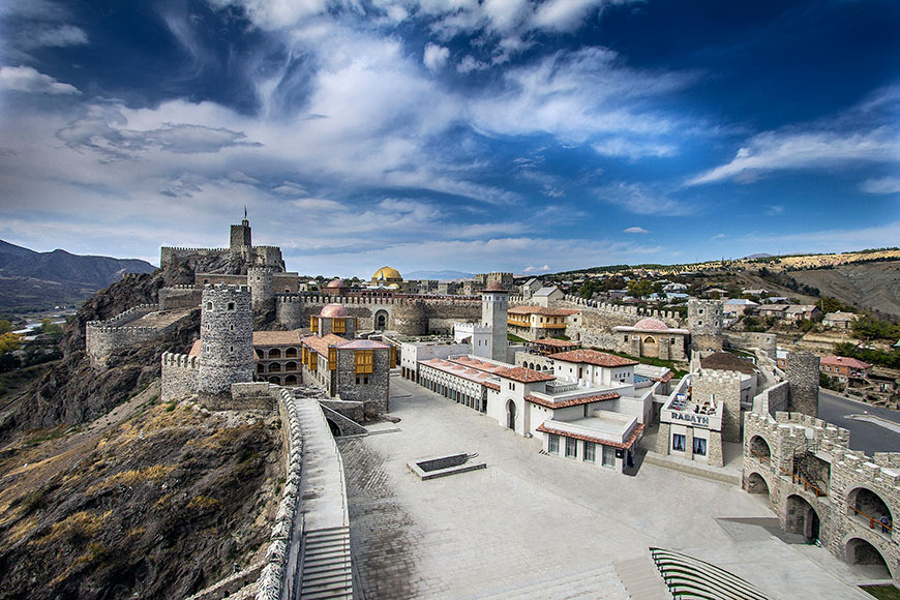 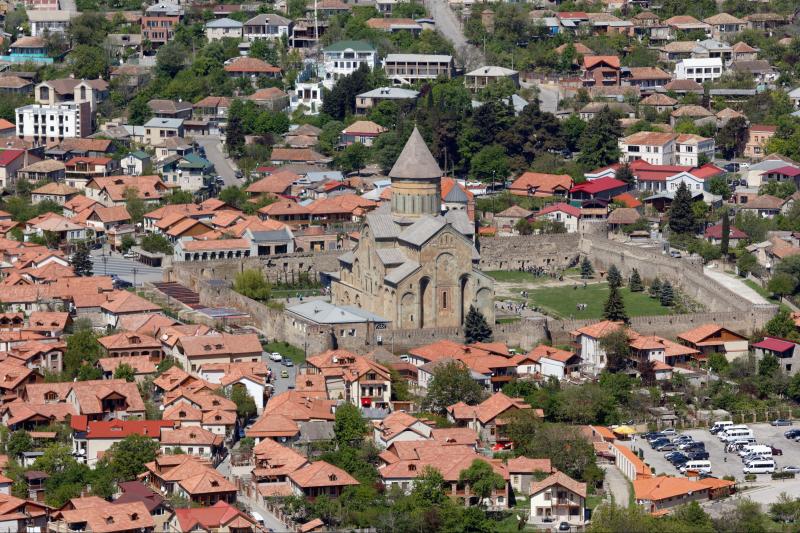