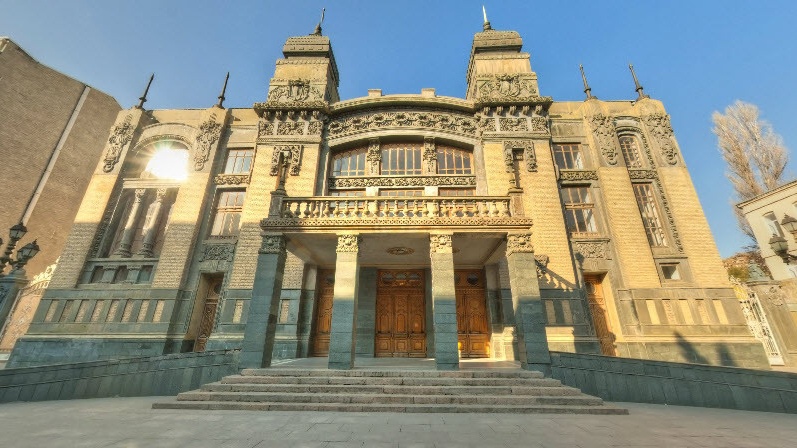 Formerly known as the Mailove Theatre, the Azerbaijan State Opera and Ballet Theatre was built in 1910 and was designed by a famous Armenian architect, Nikolai Bayev. The building features a traditional Azerbaijani architecture with elements of Rococo, Baroque, and Moorish styles.

The opulent theater hosts several concerts, theater, and ballet performances, and has played an important role in shaping the Azerbaijani opera. Leyli and Majnun, the first Azerbaijani opera, was first performed here in 1908 and was hailed as the first opera in the Muslim East, composed by Uzeyir Hajibeyli, a famous composer, conductor, and playwright. Nowadays, the theater still hosts ballets, operas, and other theatrical performances. The building’s façade is still looking very impressive and is one of Baku’s most beautiful buildings.