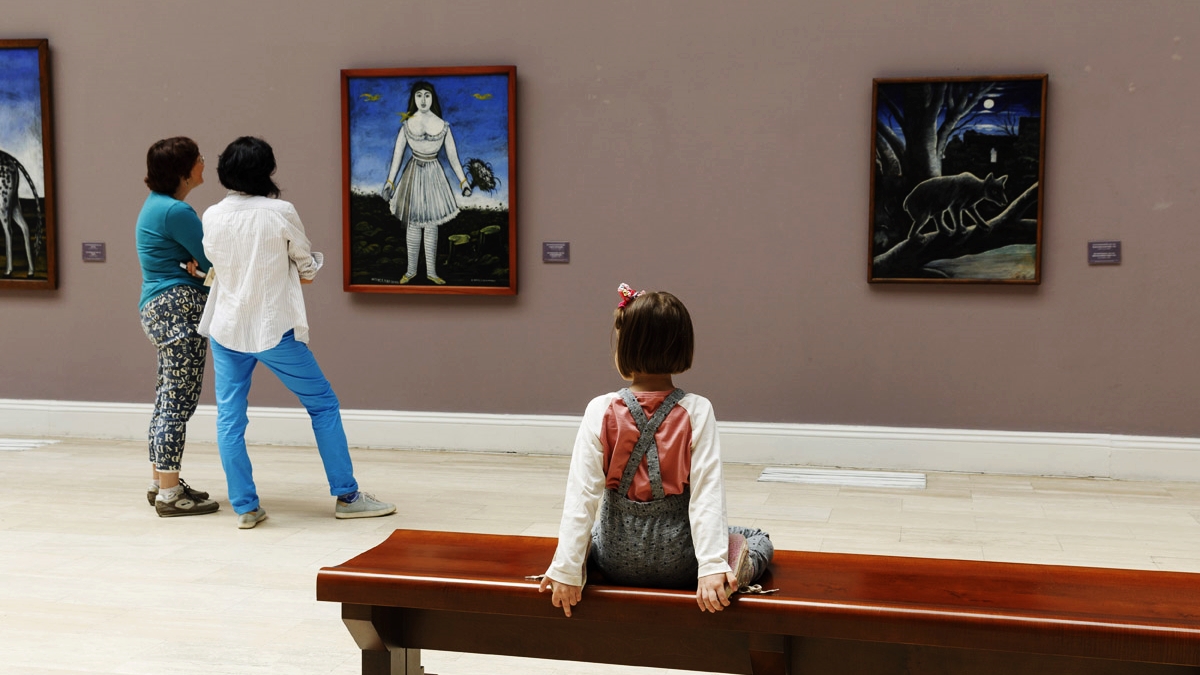 Georgia's National Gallery, located on Rustaveli Avenue, is home to a number of famous Georgian and foreign artists' work. The museum showcases a mix of contemporary Georgian artists and those from the first half of the 20th century, including Niko Pirosmani, who is best known for his celebrated animal and feast scenes on canvas. Other Georgian artists who may be less known to foreigners such as Lado Gudiashvili and David Kakabadze also have their work on display.

The museum's entrance can be reached by entering from the park beside the Kashveti Church, two places that are nice to walk through after your museum tour.

The National Gallery on Google